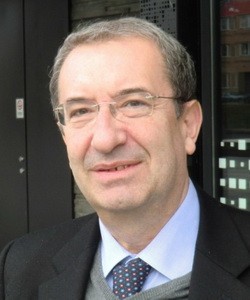 Immediate Past-President of the Union of the Middle-Eastern and Mediterranean Pediatric Societies (UMEMPS), President of SI-DOHaD (Italian Society of Developmental Origins of Health and Disease), Treasurer of the European Association of Perinatal Medicine (EAPM),

Editor-in-Chief of the Journal of Pediatric and Neonatal Individualized Medicine, peer-reviewed, open access (www.jpnim.com) official journal of many International Societies including Union of European Neonatal and Perinatal Societies (UENPS) and UMEMPS; indexed in SCOPUS and Web of Science.

Consultant referee in more than 60 International Journals and board member in 10.

Coordinator, investigator or coinvestigator of several multicentre clinical types of research in Neonatology funded by public or private agencies. In the last 6 years with metabolomics he won 3 European Projects (1 FP7 European Project, 1 Marie Curie project, 1 LIFE project), 2 CCM Italian projects with 10.000.000 euros. Author of more than 600 original papers: 441 on PubMed, and more than 490 on Scopus.

Author of 32 books (8 in English, the first published book on neonatal nephrology [Neonatal Nephrology in Progress], 1 book on the history of birth [Children of the Mother Goddess. History of Mediterranean Neonates], 1 in Developmental Nephrology: from embryology to metabolomics, 1 in Kidney Development in Renal Pathology, 1 Metabolomics and Microbiomics: personalized medicine from the fetus to the adult published in Italian in 2015, in 2016 by Elsevier in English). Author of more than 70 chapters of books (more than 30 in English). Speaker in more than 150 International Congresses worldwide (in more than 40 Nations) and hundreds of National Congresses. Recently, he has been selected as one of the 2 Co-Chairs of the World Congress of the International Pediatric Association, to be held from 19th to 24th Feb 2023 at Gandhinagar, Gujarat India.