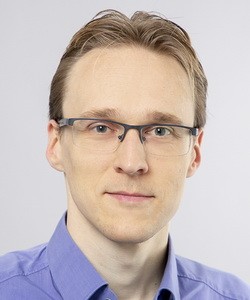 Simon Joosse performed his PhD research at the Netherlands Cancer Institute, Amsterdam, in 2007-2012. The topic of his research was the genomic characterization of hereditary breast cancer using array Comparative Genomic Hybridization leading to four patents. After graduation in 2012, Dr. Joosse worked as a postdoctoral researcher at the University Medical Center Hamburg-Eppendorf (Germany) on the molecular characterization of circulating tumor cells in breast cancer patients. In 2013, he was awarded an EU grant from the Seventh Framework Programme and received the Youth Development 2013 award from the Medical Faculty UKE after which he grounded his own research group on the genomic characterization of single cells. The field of expertise of Dr. Joosse include genotyping cancer using Next Generation Sequencing on single cell level and performing the analysis by bioinformatics and biostatistics. In 2015, Dr. Joosse graduated as Master of Applied Statistics at the Pennsylvania State University (USA). He was awarded the Hubertus-Wald award for junior scientists in 2017. In 2020, he became a research fellow at the University Cancer Center Hamburg leading his own laboratory. During the same year, Dr. Joosse habilitated and received his lecture qualification (DE: Privatdozent) at the University of Hamburg