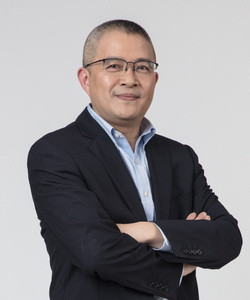 Dr. Li obtained his PhD degree from Institute of Zoology, Chinese Academy of Sciences, in 2002 and followed by postdoctoral training at Rockefeller University before joining SIBCB in 2007. His research mainly focuses on stem cells and embryonic development. He has made fundamental contributions to the establishment of androgenetic haploid embryonic stem cells (also termed “artificial spermatids”) that can be used as sperm replacement for efficient production of semi-cloned mice (so called semi-cloning (SC) technology). Dr. Li has made great efforts to promote the applications of SC technology and shown that it can be used as a unique tool for genetic analyses in mice, including efficient generation of mouse models carrying defined point mutations related to human developmental defects; one-step generation mouse models that mimic multiple genetic defects in human diseases; and medium-scale targeted screening of critical genes or critical nucleotides of a specific gene involved in a developmental process. Most recently, Dr. Li initiated and is promoting a huge project to tag every protein in mice based on “artificial spermatid”-mediated SC technology (genome tagging project, GTP), which may enable the precise description of protein expression and localization patterns, and protein–protein, protein–DNA and protein–RNA interactions in development/ aging, physiological and pathological conditions.