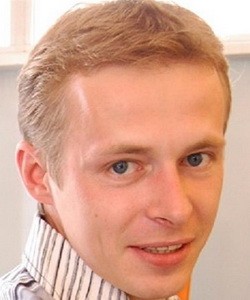 In 1999 he graduated from the Physics and Chemistry Department of the Moscow Institute of Steel and Alloys (MISiS). In December 2000, he prematurely completed postgraduate studies at the Institute of Physical and Chemical Problems of Ceramic Materials of the Russian Academy of Sciences (IPK RAS), in 2001 he defended his thesis, and in 2011 his doctorate.

From 2001 to 2008 worked at IPK RAS, from 2006 to 2008 he was the Scientific Secretary of the Institute. From 2008 to the present, he has been a leading researcher at the Laboratory of Ceramic Composite Materials at the A.A.Baykov Institute of Metallurgy and Materials Science RAS.

Laureate of the Presidential Award in the field of science and innovation for young scientists for 2011. The prize was awarded for the results of research on the creation of biocompatible ceramic and composite materials for new medical technologies for bone tissue restoration.