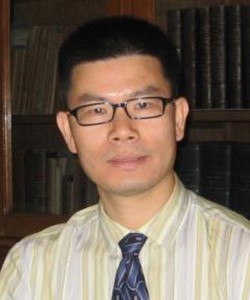 Professor Bin Li received the bachelor degree in Polymeric Materials Science and Chemical Engineering from the Department of Chemical Engineering of Tsinghua University in 1996. He received the PhD degree in Materials Science from Tsinghua University in 2001. He then worked as a Research Associate at the Institute of Materials Research and Engineering, Singapore from 2001 to 2004. After that he pursued postdoctoral training at the Department of Orthopaedics, University of Pittsburgh School of Medicine in USA from 2005 to 2009. He also completed two short-term trainings as a visiting research scientist at Carnegie Mellon University in 2004 and Harvard University in 2009, respectively. He joined Soochow University in 2009 as a Specially Appointed Professor and director of the Biomaterials and Cell Mechanics Laboratory (BCML) of Orthopedic Institute. He has been awarded by several national key grants, including National Science Fund for Distinguished Young Scholars, National Key R&D Program of China and Key Grant from the National Natural Science Foundation of China. He is also the recipient of a number of awards such as the Orthopaedics Research Award (1st prize) from Chinese Orthopaedic Association, Xu Guangqi Program from the French Embassy in China, and France Talent Innovation from the Consulate General of France in Shanghai. He currently serves as the chair of Membership Committee of the International Chinese Musculoskeletal Research Society (ICMRS). He is a fellow of Chinese Orthopaedic Research Society (CORS), Chinese Association of Orthopaedic Surgeons (CAOS), Chinese Association of Rehabilitation Medicine (CARM), and International Society of Orthopaedic Surgery and Traumatology (SICOT). He serves on the editorial board of 6 journals, and is the guest editor of 3 journals and reviewer for over 70 journals. He has delivered more than 100 invited talks and is the author of over 130 articles and 10 book chapters. His research interests include orthopaedic biomaterials, stem cells and tissue engineering, smart molecular recognition and controlled release, surface modification and functionalization, cellular biomechanics and mechanobiology.